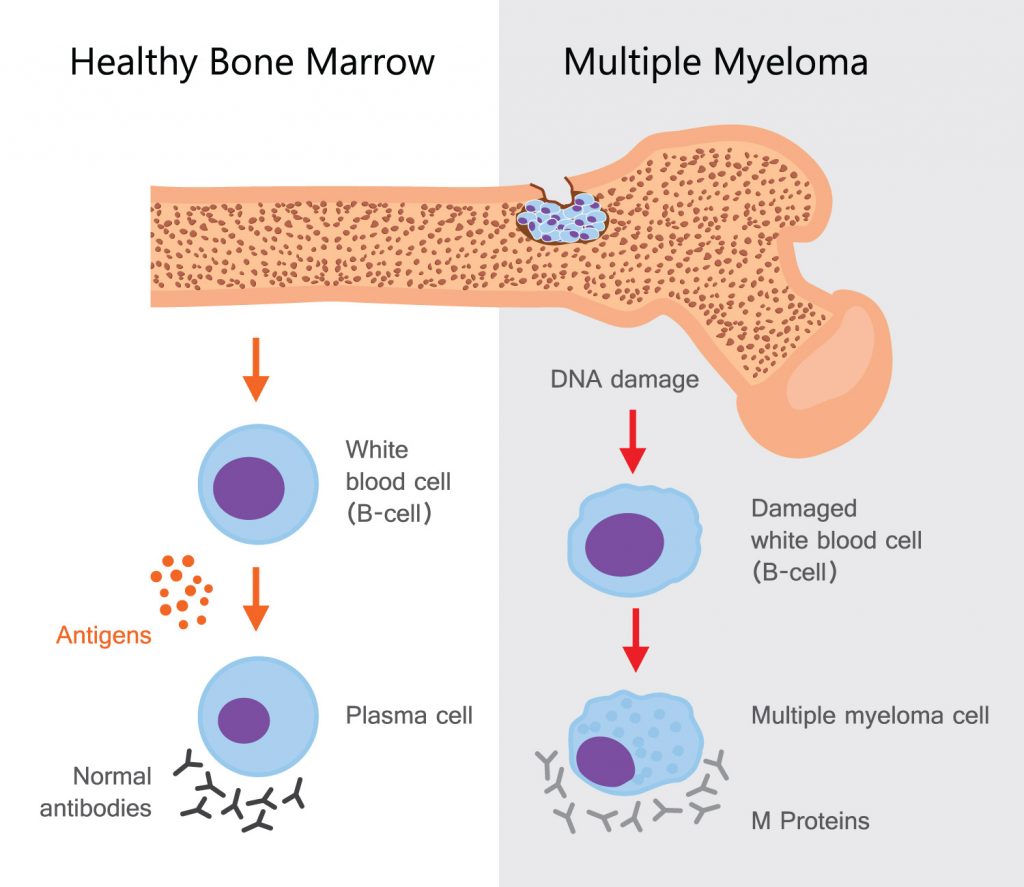 Multiple myeloma is a type of blood cancer. Blood cancer is also referred to as hematological cancer. Multiple myeloma develops in plasma cells found in the bone marrow. Plasma cells are a type of white blood cells, an important part of your immune system. As such, people with multiple myeloma may experience frequent infections, as well as other health problems. Multiple myeloma often responds well to treatment and in patients who are not experiencing symptoms doctors may recommend delaying treatment. However, early treatment is still best so that you and your doctor can determine the best course of action for you.

Symptoms of multiple myeloma can include:

Complications of multiple myeloma can include:

According to a paper released by The Global Commission on Drug Policy, there are … END_OF_DOCUMENT_TOKEN_TO_BE_REPLACED

Blood is pumped from the heart to the rest of the body through the arteries. The … END_OF_DOCUMENT_TOKEN_TO_BE_REPLACED