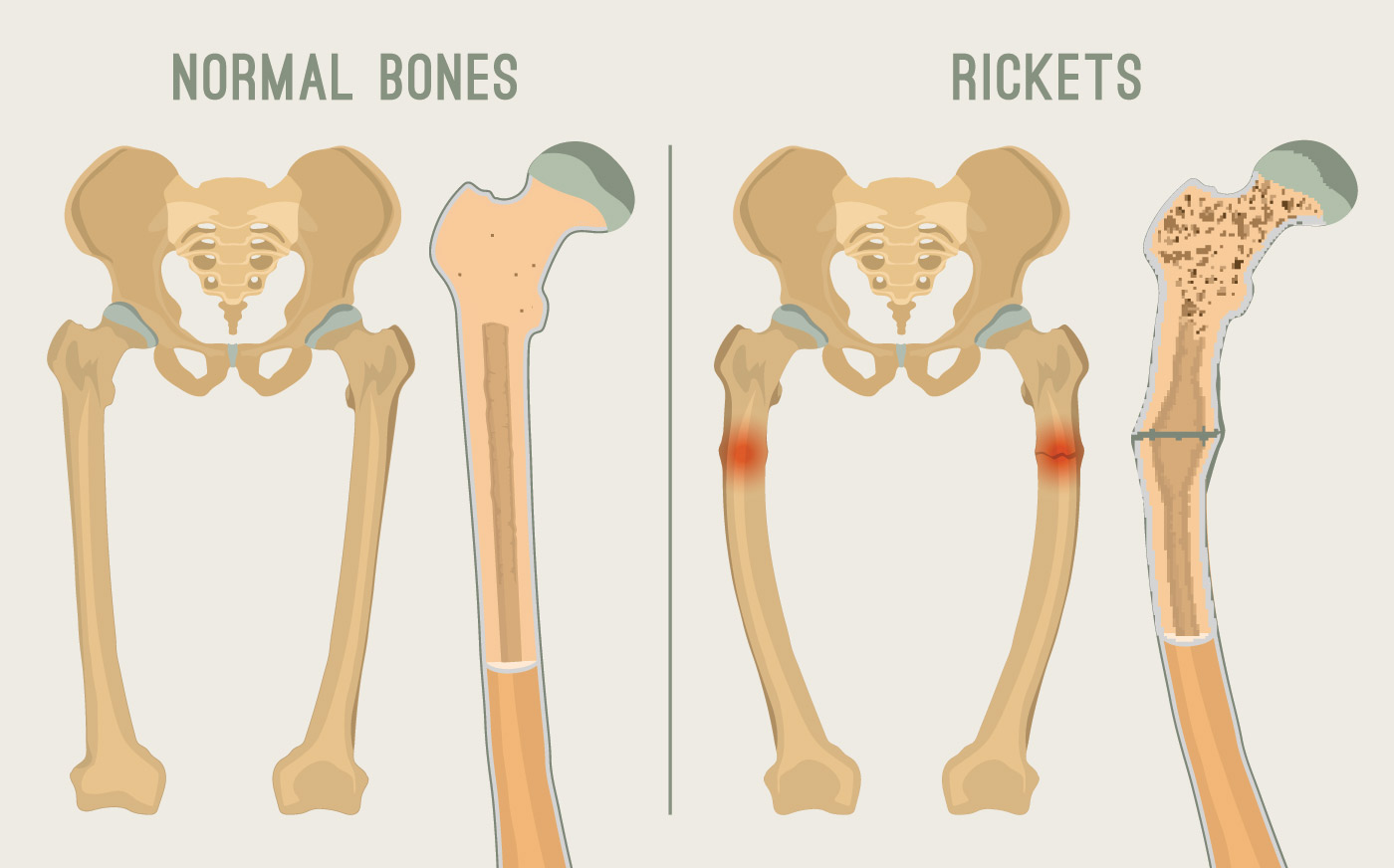 Rickets is a disorder that causes softening and weakening of the bones in infants and children, due to poor mineralization. Children with rickets are prone to bone fractures and deformities. Vitamin D deficiency is the most common cause, but rickets can also be caused by a deficiency of calcium or phosphate. In most cases, rickets is treated with supplementation of vitamin D and minerals.

Symptoms of rickets can include:

Malnutrition is the most common cause of rickets. Rickets can be caused by not getting enough dietary vitamin D, calcium, or phosphate. But it can also be caused by vomiting, diarrhea, kidney disease, liver disease, or a genetic condition.

Rickets is more common in children with darker skin because they produce less vitamin D from sunlight. It is also more common in babies who are exclusively breastfed. Vitamin D supplementation is recommended for pregnant and breastfeeding mothers and for breastfed babies. Babies of mothers who follow a strict vegetarian or vegan diet and children who follow these diets are also at risk.

Treatment of rickets depends on the cause. Most cases are treated with Vitamin D and calcium supplementation, under a doctor’s guidance. Treatment for skeletal deformities caused by rickets can range from special bracing to surgery, depending on the severity of the deformities.

According to a paper released by The Global Commission on Drug Policy, there are … END_OF_DOCUMENT_TOKEN_TO_BE_REPLACED

Blood is pumped from the heart to the rest of the body through the arteries. The … END_OF_DOCUMENT_TOKEN_TO_BE_REPLACED