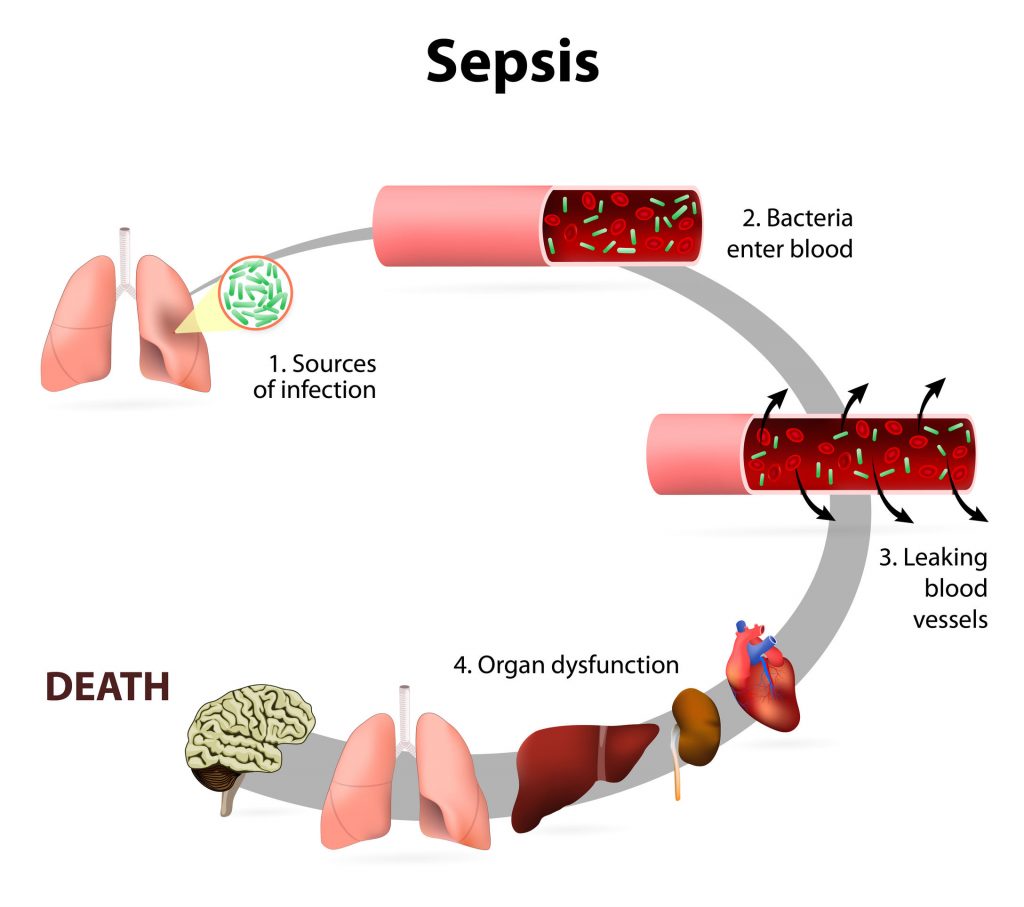 Sepsis is a reaction to infection that can ultimately lead to multiple organ failure and death. Sepsis is not the infection itself, but an immune response gone wild. It is sometimes confused with septicemia, which is an infection and one that can lead to sepsis. The symptoms of sepsis can mimic the symptoms of infection. Early treatment improves the chance of survival. As sepsis progresses to more serious stages it is referred to as severe sepsis and septic shock.

Sepsis is caused by infection. It happens when your immune system releases chemicals into your bloodstream that cause inflammation throughout your whole body. Any type of infection has the potential to lead to sepsis. This includes bacterial, viral, and fungal infections of all types. Those which most commonly lead to sepsis include:

Anyone can develop sepsis. People with weakened immune system and the elderly are at greatest risk.

Without treatment, sepsis is fatal. Even with treatment, it is often fatal. The earlier it is treated, the more likely that treatment will be life-saving. If you have or have recently had an infection, and experience any of the following symptoms, seek immediate medical attention or call and ambulance and let them know about the infection:

According to a paper released by The Global Commission on Drug Policy, there are … END_OF_DOCUMENT_TOKEN_TO_BE_REPLACED

Blood is pumped from the heart to the rest of the body through the arteries. The … END_OF_DOCUMENT_TOKEN_TO_BE_REPLACED